Hey there, fellow bookworms, and welcome to the first BRT of December 2017! The WordPress snow’s starting to miraculously pop into existence and float down across the surface of the computer screen…

Man, it’s already December? This year has gone by so dang fast…probably a really good thing because honestly? 2017 has been pretty sucky. Pretty much nothing compared to *last year* but you know what I mean.

Anyway, I’ve got another 2017 release (came out on my BIRTHDAY) from the author of The Fog Diver series for you today! Enjoy the review! 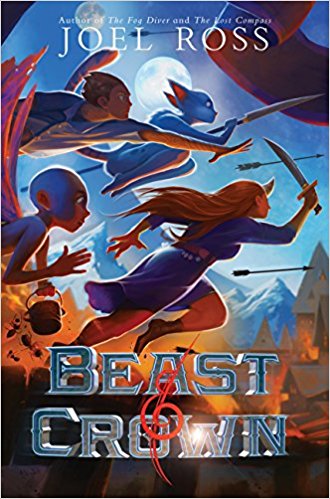 Ji is a servant. Sally and Roz are maid and governess. They all live in Primstone Manor, and all three of them share a wish-freedom for themselves and Sally’s little brother Chibo, who is a slave at the tapestry factory in the city. Their plan? The Summer Queen is about to choose the new heir to the throne, and the nephew of the Primstone Manor’s owner is destined to be the new king. Together, they sneak along with the fated heir into the city, but soon realize that they each have a key role in the ceremony. Will they finally gain their freedom and save Sally’s brother?

I read this sometime in October, I believe, and I thought it was really cute and fun. Not as good as The Fog Diver series, mind you, but still an inventive, enjoyable adventure.

Off topic, I always associate this song with “Pills” by St. Vincent (see my MASSEDUCTION review) because I had just downloaded it and was listening to it on repeat. It is absolutely nothing like the book or anything, but y’know. Spectacular song.

Thank you so much for reading, and stay warm!