Today, I had virtually NO idea what to post, so I just did a Warriors Super Edition like I said I would. This one in particular is one of my faves because DUH, ITS YELLOWFANG. DUDE, SHE IS LIKE THE BEST CHARACTER IN THE WARRIORS UNIVERSE. Well, to heck with hyperbole, let’s get on with it. 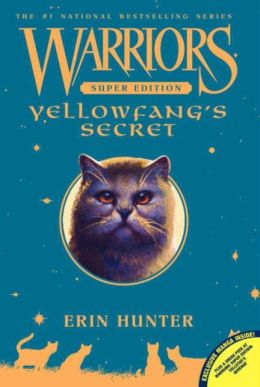 This story follows the life of Yellowfang, first her troubled childhood,  her confusion as an apprentice, and her eventual decision to become a medicine cat as a warrior. Then, her ill-fated love with Raggedstar, her forbidden kits, and the fate of that kit-the kit who would rise to be one of the worst tyrants of them all.

Well, I hope you are vaguely convinced so PEACE OUT I’M GOING TO PLAY SOME MINECRAFT NOW. Oh, sorry, goodbye. Don’t blame me, IT’S TUESDAY. 😑