Hello, everyone! Welcome to the HISTORIC first BRT of the year!!! 🎉 🎉 🎉

I read these two amazing books while in Florida and enjoyed them immensely. Both would score about an 8.75 on the Madeline Todd Book Rating Scale. 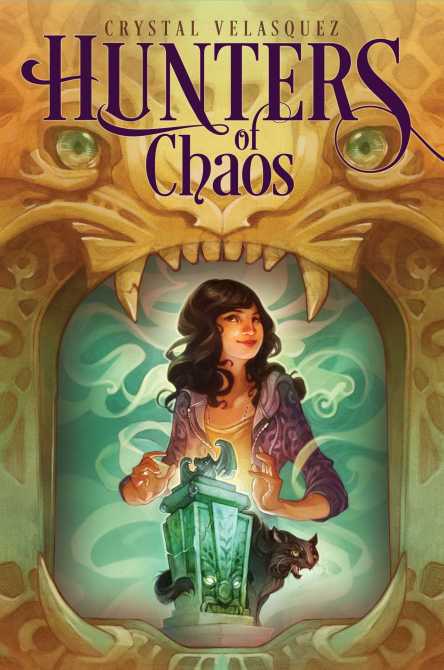 Ana Cetzal’s life takes an unexpected turn when she gets accepted into a boarding school in  New Mexico, where her dead parents went when they were her age. At first, it’s pretty much all as she expects it to be-hot weather, mean rich girls, and a roommate who happens to be one of those mean rich girls (ugh). But soon, strange things begin to happen- mysterious storms and earthquakes are happening at the school! And to top it all off, Ana discovers that she, along with three other girls-Shani, Doli, and Lin-are connected to the gods and goddesses of ancient civilizations. Now, with their newfound powers of shapeshifting into big cats, and along with their teacher Ms. Benitez (who happens to be a Mayan goddess), they must stop the Brotherhood of Chaos, led by the god Anubis, who want the world to bow to them once again. Can they stop Anubis and the Brotherhood before it’s too late?

Hunters of Chaos: Circle of Lies

The Brotherhood of Chaos has been stopped (for now), and all seems well…until Ana receives a mysterious phone call and finds out that her aunt and uncle have disappeared! And just as her friends try to help, Shani is falsely accused of vandalizing the school and is expelled. Shani now has to go to Mumbai to visit her father, and has been banned by her father from using her electronics. Meanwhile, Ana, Doli, and Lin are at Chichen Itza trying to find Ana’s lost aunt and uncle, but instead they find out that Anubis isn’t done with them yet. Strange things are happening in Mumbai as well, and the girls suspect that they may be connected. Can they figure out the source of the mysterious occurences and stop Anubis?

I would recommend this book for fans of Rick Riordan and anyone who loves good humor, strong heroines, and cats.

Bye for now, and READ THIS SERIES!