Hey, fellow bookworms, and welcome to the first Book Review Tuesday of February 2019!

Happy February as well (even though…let’s face it, February’s kind of the most boring month of the year…)!

Now, onto this week’s review.

For some reason, I’ve been getting a BOATLOAD of recommendations from Goodreads. Boatload with a capital B. Or maybe with the 🅱 emoji?

Anyway, I found Amid Stars and Darkness amongst the 🅱OATLOAD of book recs, and I figured it would be fairly interesting, at the very least. I’m always itching for original, creative sci-fi, so this was kind of a “shut up and take my library card” kind of moment. I just finished reading it a few days ago, and I’d say that I’m reasonably impressed! 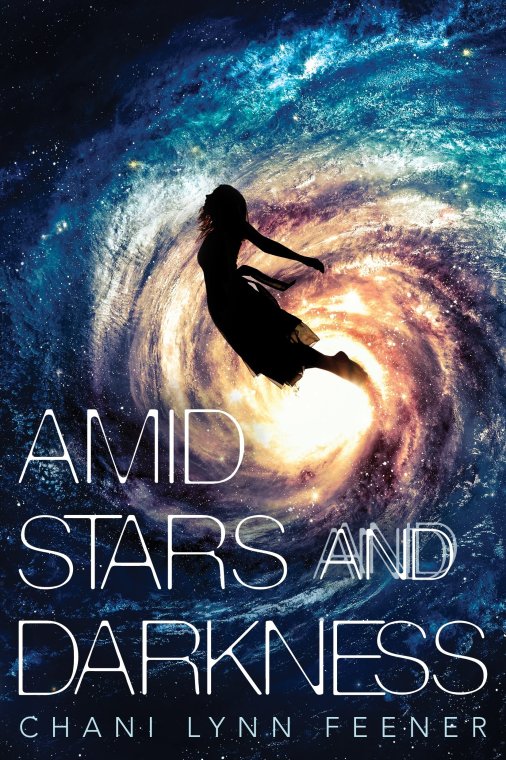 Amid Stars and Darkness

Delaney’s life on Earth is turning out to be a normal, peaceful one, with nothing surprising, even with the newfound existence of life on other worlds. But after a night in a club, she is captured by a fleet of aliens who have mistaken her for their runaway princess, Lissa Olena. Swept away to a bizarre planet, Delaney must act undercover as the princess’ lookalike while the search for the true princess continues. If she keeps up the ruse for long enough, she may be forced to marry Olena’s psychotic fiancee, Trystan, but if she makes even a minor slip, she could set the entire kingdom into total chaos-and put her life and the lives of many others in danger. Will Delaney be able to play the dangerous royal game long enough to survive?

Alright, I’ve got a confession to make. One sci-fi trope I’m absolutely SICK of is making aliens look almost exactly like humans, but with a few minor tweaks (i.e., abnormal skin/eye color, conviniently super attractive). Like, come on, have a little imagination!

And Amid Stars and Darkness was guilty of this, like many others. But the good thing about this novel was that the world building, and writing DEFINITELY made up for it. I was able to put aside my annoyance regarding the aliens, what with the intricately crafted planet, social structure of the aliens, and the vivid descriptions. Honestly, I even loved the descriptions of the BATHROOMS. THAT GOOD. The writing was very well done, and the characters were generally pretty likeable. Overall, about 85% the aspects of this book were spot-on, which made me able to see past the flaws.

There’s a sequel out (I think it came out last year? Somewhere around that time, I believe), and I’d be interested in reading it. With where the plot might be going, I’m intrigued to see what happens next. 😉

Well, have a happy Lunar New Year, and a great rest of your day! Take care of yourselves, and thank you for reading this review!