Hi, everyone, and welcome to this week’s Book Review Tuesday!

Now, before I begin, let’s all take a moment of silence for all of those affected by the terrorist attacks on 9/11/2001. Even if you’re silent right now, as you’re reading this, stretch the silence on a little longer. Please.

As most of you guys now, I’m a pretty avid DC comics fans. So I was pretty excited to find out that not only is there a YA series about some of the DC “icons” (besides WW, there’s one for Batman, Catwoman, and a Superman one coming next year), but that our lord and savior LEIGH BARDUGO wrote the Wonder Woman installment. Shut up and take my library card! And I’m very delighted to say that I was not disappointed in the slightest. Quality with a capital Q. This makes me SOOOO HAPPY!

So, without further ado, enjoy the review! 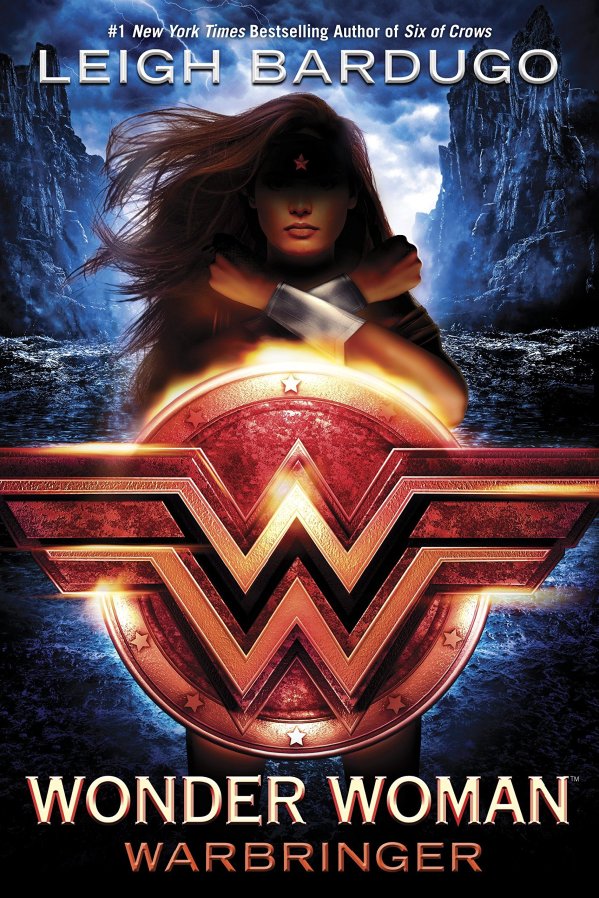 Young Princess Diana of Themyscira longs to be a warrior just like her Amazon peers. But her chances at becoming the revered hero she strives to be soon seem to be shattered in an instant. A mortal girl has washed up onshore, and Diana, defying all of the laws of her people, did what she felt was right-she got her to safety, and hid her on the island.

But this mortal isn’t what she appears to be. Her name is Alia, and she is part of a long line of Warbringers-descendants of Helen of Troy who bring nothing but war, sorrow, and destruction in their wakes. And the only way to halt her powers would be to kill her. Desperate to keep her actions under wraps, Diana and Alia travel to the mortal world, but are soon caught in the middle of an international plot to kill the Warbringer. Will Diana be able to save Alia-and the world?

OH MY GOD. Pure joy is coursing through every fangirl blood vessel in my body.

Aside from the fact that, well, for the love of god, WE’VE GOT SOME PERFECT, ADORABLE DIANA ACTION, it was executed spectacularly. Bardugo’s signature writing shone through, and though I was suspicious of the new additions (Is this technically canon? ¯\_(ツ)_/¯ ), they were lovable as well. Nothing compares to good ol’ Diana though. I’ve always had a lil soft spot in my heart for her.

Well, that just about concludes my review for this week. I hope you have a great rest of your day, and keep on being the phenomenal human beings that you are! I’ve got a couple more posts up my sleeve for soonish (I know I’ve been saying that a lot lately, but I swear I have more content coming up than just BRTs…😬) !